The journey to France can only be described as a blur of excitement and adrenaline, followed by a mild energy crash.  I’m exhausted thinking about the whole day and it’s not even 19h (7:00 PM)…﻿
I left from Logan Airport in Boston at 5:55 PM, arrived at London Heathrow at 5:00 AM, and landed at Charles de Gaulle at 9:28 AM. By the time I got my luggage and took the shuttle to FIAP Jean Monnet, it was around 11:00 AM. 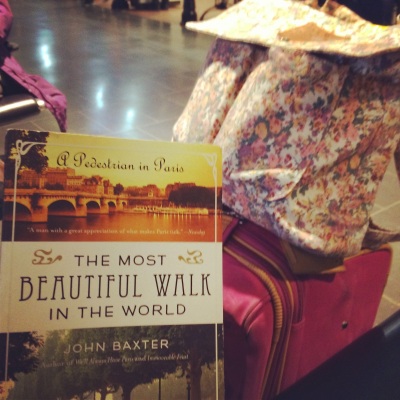 Traveling without friends or family was a new experience, but it didn’t mean I was necessarily traveling alone–friendly conversation with other travelers has a way of smoothing over the slightest nerves. At Logan Airport, I chatted with Georgia, an ex-pat living in Dublin, and on the flight, I met Megan, who was heading to France to study in Grenoble. Megan and I stuck together from London until the baggage claim at Charles de Gaulle, so I was by no means without good company. 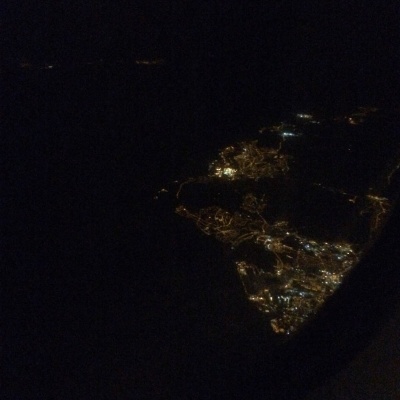 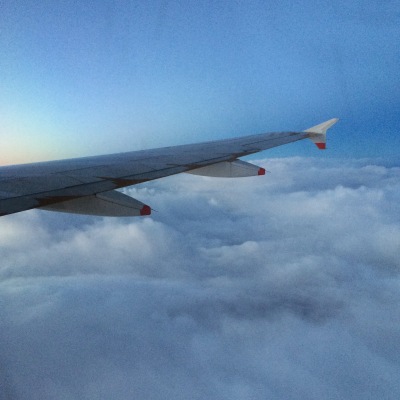 Flying over the Channel, half-expecting the Eiffel Tower to emerge from the clouds at any moment
When the Super Shuttle picked me up, we went to the terminal below to get Kelly, one of my roommates at FIAP Jean Monnet. By the time Kelly and I got reached our room, our other roomate Sara was already there. 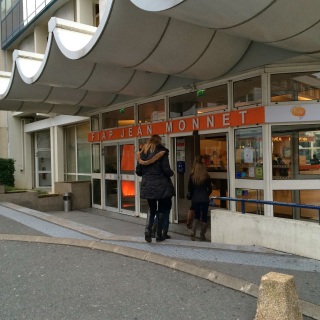 We all took a nap before buying métro passes with group, led by one of the AIFS study abroad coordinators. Claire told us how to get to the study abroad office via bus or métro for a mandatory meeting tomorrow, it’ll be fun to see if we get there without getting lost…
After Claire left, all of us–Monica, Jackie, Kelly, Sara and I–grabbed dinner at a restaurant by the FIAP. We were debating whether or not to order our entrées in French, but the waiter spoke to us in English anyway. Throughout the trip, working on our French is a must. 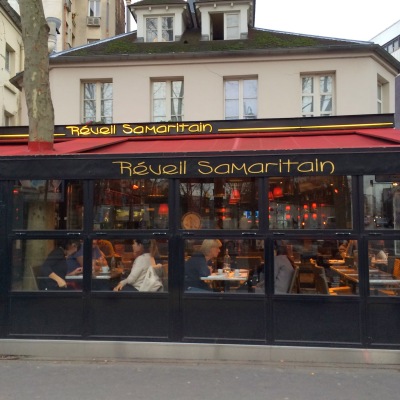 🌸💕
May flowers at home 🌸
How to Celebrate Earth Day ⏩
Flamingos at the Flamingo 🦩
Ciao! 🇮🇹
A change of scenery, brought to you by Horseshoe Bend, the Glen Canyon Dam, Lake Powell, and Antelope Canyon 🌄 If you’re looking to get out of Las Vegas for the day, I highly recommend taking this trip lead by @coexistwestcoast. Fingers crossed that Nate is your tour guide!