Ever since “Bridges” became a hit, I have become a huge fan of the New Zealand brother-sister duo band, BROODS.

I was so excited to hear about BROODS coming to Providence and couldn’t pass up the opportunity to see them. Even though I had a very busy day at work the next day, this BROODS show would probably be the most convenient to get to–with their Evergreen album tour, the band will be traveling all over, including Australia in November.
I had asked my friend Katherine to come with me and once the show was over, she confessed that she too became a BROODS fan. Georgia Knott, the lead singer, has an amazing voice live. 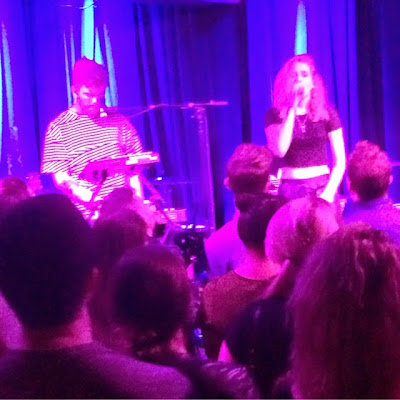 Besides the music, it was quite an exciting show for another reason–the fire alarm went off at the venue and three firetrucks showed up.

One thought on “BROODS "First Contact" Concert with 95.5 WBRU”