I decided to enter Newport Life Magazine’s 5th Annual Writing Contest with a fictional piece and it ended up getting published in the March/April 2015 issue.

Considering how much I had to condense this piece to fit the 750-word count, I think it came out decently, but you can read it and judge for yourself…

She looked up from her camera and looked at him standing against the picture-perfect ocean backdrop. The color of the waves complemented the blue oxford shirt he wore, the lighter sand on the shore contrasted with the crisp shade of his khakis. The only thing that seemed out of place were the black, purple, and white Vans—she could not convince him to wear his leather dress shoes on the Cliff Walk.

She bent far back to catch the sun hitting his surfer blonde hair.

“Would you mind just taking a small step to the left?”

He did. The camera began to click away as she took pictures. He stood with his feet firmly planted in the ground. He didn’t know what else to do except look at her.

Then the clicking noise stopped and she looked up from the camera. “Can I ask you to do one more thing?”

“Can you not look like I asked you to jump into the ocean? Because you look a bit scared.”

He laughed. “Alrighty, then.” He took a deep breath and felt his shoulders drop—he was more nervous than he thought. It had been years since he saw her, but, with the exception of her lighter hair, she looked exactly the same.

It wasn’t much longer until she stopped and quickly scanned through the shots. She knew he looked perfect in all of them, but she couldn’t tell him that. She tried to think of something else to say when he peered over her shoulder and tried to catch a glimpse of the picture previews.

She told him that he would have to wait until she was done editing the photos. She would send them to him over email and he was fine with that.

She forgot how blue his eyes were. 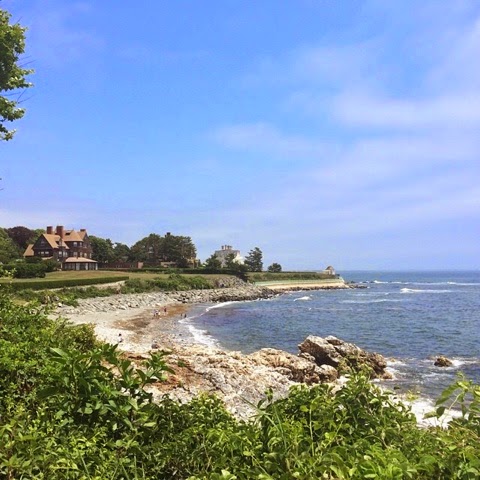 They kept walking and talking along the Cliff Walk towards the Ruggles entrance where they used to hang out in college. She walked slightly ahead of him and proceeded to jump the cracks between the boulder path way. A few times she almost slipped, but he reached for her hand and caught her balance. She could sense he was trying not to touch her too closely.

Both of them reminisced over the same memories, but neither of them dared to say them out loud.

They finally reached the gravel path leading off to Wetmore Avenue before saying goodbye, but the wind off the water continued to fill the space between them with their memories.

She wasn’t ready to say goodbye. Not yet.

She started to take off the camera strap around her neck, but her long hair kept getting caught. “Can you do me one last favor? Could you just take a picture of your shoes?”

Her voice snapped him out of his reminiscent trance. He happily agreed and enjoyed watching her fight with the camera strap. He tried to hide his smile.

The strap was finally free and she handed the camera over. “Please just do it? I would do it myself, but I want your perspective,” she said.

He shook his head, but managed to smile softly at her as he took it from her. He took some pictures of his scoffed Vans, then took off the camera strap much more smoothly than she did. She was about to reach for it, but he came towards her first. He tenderly gathered her hair back and carefully placed the strap around her neck. She looked down and a rush of thoughts colored her cheeks scarlet.

Then she felt a piercing stare that begged her to look up.

Nothing could have prepared her for the happiness, certainty, and regret wrestling inside his eyes all at once.

For certain, he was disappointed that their time was spent. He was happy to know that she was doing well. He was certain she would always stay beautiful. Because of all this, he regretted not coming back for her when he had promised he would stay all those years ago.

His hands trembled holding her waist and he began to pull her to his chest when she stepped out of his reach.

She now stood alone, her back to the beach path, holding the camera. “I’m sorry—crushing the lens wouldn’t be the best idea,” she explained.

He stood back and nodded in understanding. He hid clenched fists in his pockets.

The air became still like before as they parted ways from the Cliff Walk. 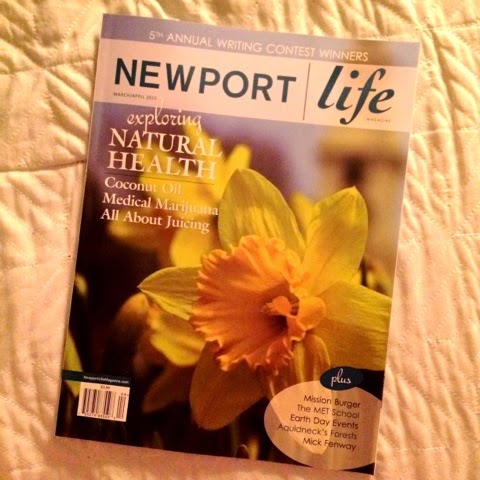 “The Cliff Walk” was originally published on Newport Life Magazine’s website. To read other winning entries, you can check them out here.