It’s been a while since I’ve been back at TwoTen Oyster Bar in Narragansett and I was pleasantly surprised at the weekday deals they were offering.

Not only were they doing the Buck-A-Shuck oysters, but there were also $5.00 martini specials. I couldn’t resist the Tinderella martini, just because of the name. 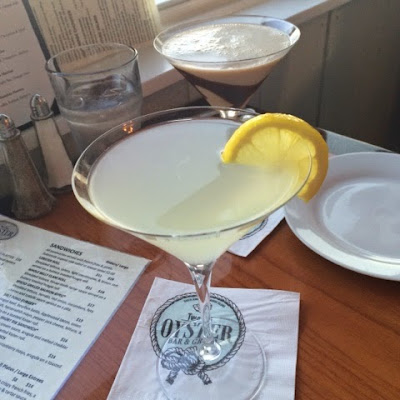 I’m still figuring out the difference between varieties of oysters. Since I’ve only started to eat them within the past year, it’s a taste I’m working on refining. I love nearly every sort of seafood, so a “bad” oyster seems impossible to come by… Unless it’s really salty… 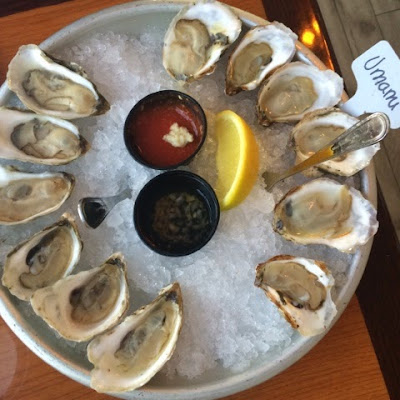 My friend and I shared our entrees–he ordered the swordfish tacos and I got the chicken parmigiana. To be expected, both of them were delicious. 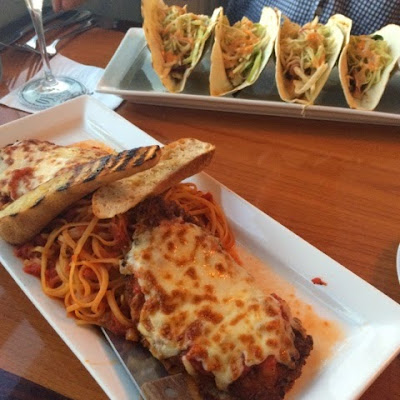