On our first afternoon in Vienna, Steph and I walked from lunch at the Naschmarkt down the street to explore. Upon spotting Secession, I insisted on stopping in immediately before going further.
I had researched and presented on Secession two years ago for a literature and history course I was taking at Salve Regina University while I was working at the Pell Center. The only specific details I could recall from memory were 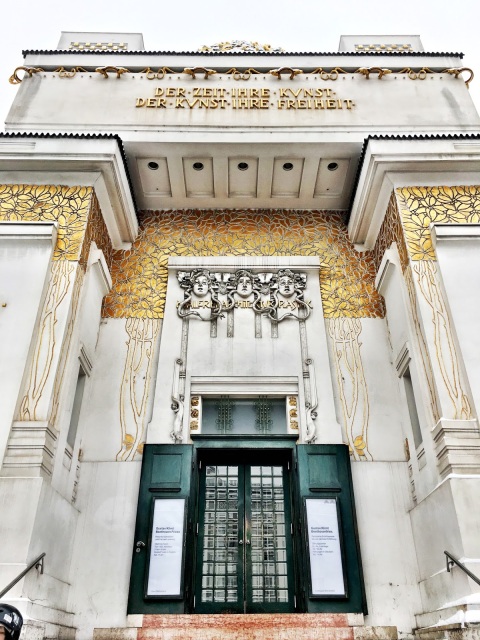 Secession’s facade is impressive in pictures, but I didn’t realize how large the building was until we saw it in person. I couldn’t get a great picture of the golden dome on the roof without having to cross the street—even then, the pictures still failed to capture all of the unique architectural elements in one image.

Klimt’s frieze, located in the lower-level of Secession, is inspired by Richard Wagner’s interpretation of Beethoven’s Ninth Symphony—each panel of the frieze represents the mankind’s journey to find happiness.
The brilliant, metallic gold present in the frieze lends a magical quality to the whole experience of being in the room and making sense of the piece.
Academic pictures of the frieze do not do it justice—it’s such a moving artwork to see in person and there’s no need to be an artist to see the layers of meticulous technique Klimt used to imbue as much life into the frieze as possible. 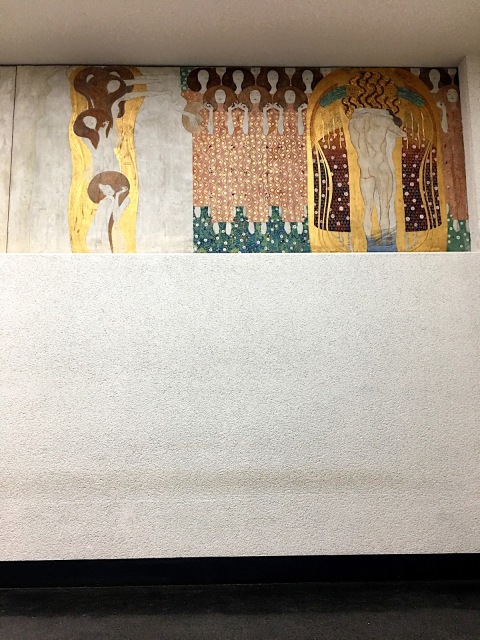 In addition to the Beethoven Frieze, museum visitors can learn the history of Secession and the artistic community that initiated it. Ver Sacrum, the magazine of Secession from 1898-1903, featured jugendstil art and literature from all over Europe. 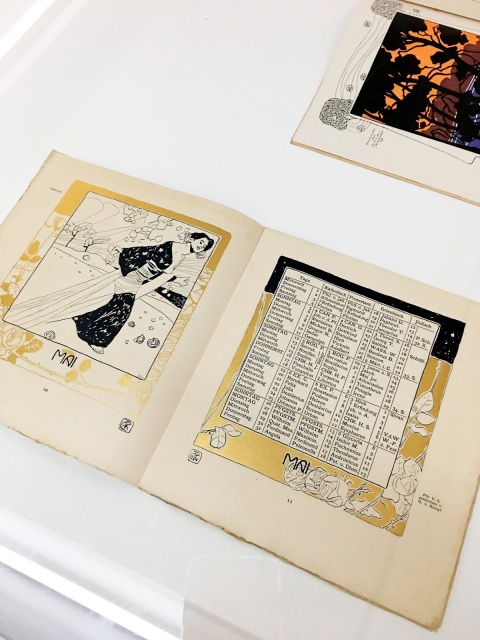 Steph and I came back to Secession the following evening for the exhibition opening of Echo of a Mirror Fragment by Viennese artist and resident Svenja Deininger.
Deininger’s artwork was inspired by the architecture of the Secession, which ranges from delicate, floral elements visible on the building facade to minimal, clean lines that are present throughout the structure:

[…] the new paintings echo this contrast by juxtaposing straight lines reminiscent of architectural blue-prints with more organic elements: rounded shapes, wavy lines and curves, in which, despite their fragmentary character, there is even a faint suggestion of figurative representation. 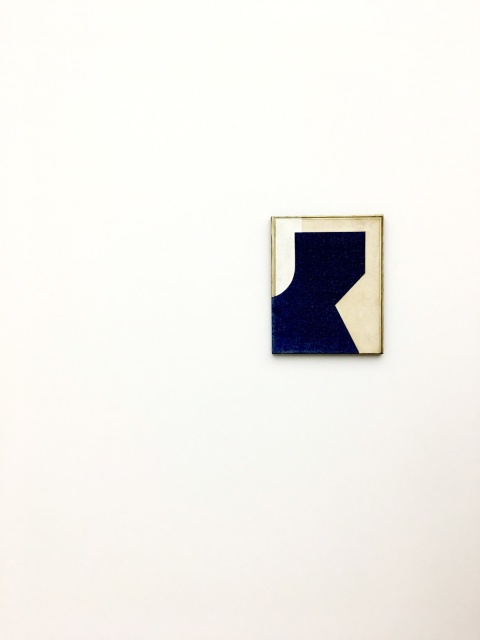 What makes Secession special is the intimacy of the space and its progressive spirit that continues to thrive through its preservation and encouraged innovation by the artists showcased there. I would be happy to come back again to see what other exhibitions will bring to support Secession’s mission.