My account finally broke 1K followers at one point—I think the highest it reached was 1,024 exactly—but I took a break from the blog and regular posting and it shrunk to 980ish, bots and fake followers allowing.

Coming to France has pushed me to grow creatively and I’m happy to see how it has paid off. It’s hard not to notice how much I’ve changed in 2017.

According to 2017 Best 9, here are the most popular Instagram photos on my account that received the highest amount of likes: 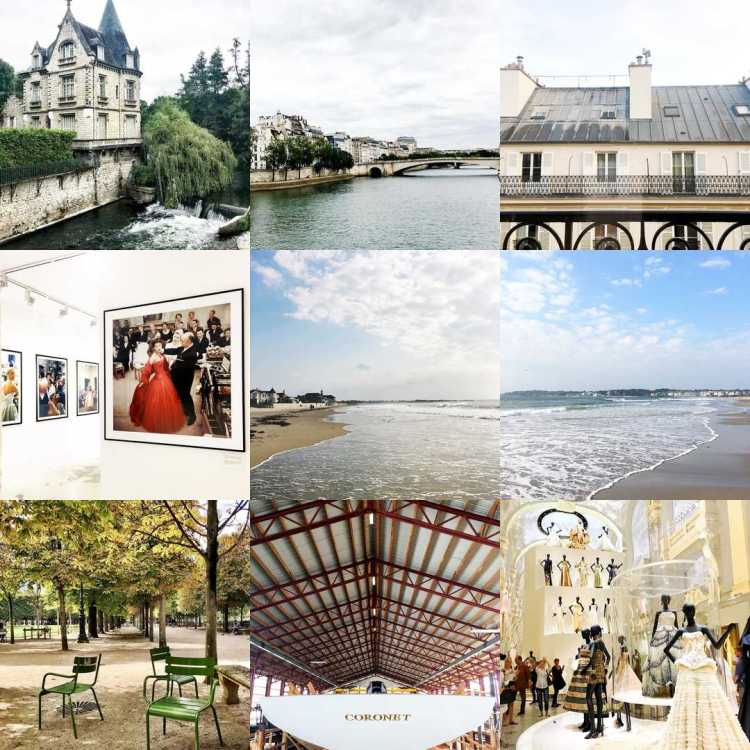 I am pleasantly surprised that this was the most liked photo on my feed. As much as I loved snapshots of Paris, this small city where Impressionist artist Alfred Sisley spent his final years captured my heart. It was so much fun Tracing Sisley’s Steps in Moret-sur-Loing.

View of the Seine and Île Saint-Louis

Well. It’s a classic snapshot of Paris, what else can I say?

View from the dining room at home

All of the feels are in this photo—it’s the last photo I took of the apartment before I returned to the United States for nearly 4 months to sort out my student visa. It wasn’t long after I took this photo that I completely ate the staircase when leaving for the airport—my poor boyfriend watched me and my carry-on fly down a flight of stairs. Thankfully, the carry-on proved held up to its scratch-proof guarantee.

I found out about this small, intimate exhibit through @itlovedtohappen‘s Instagram. Shaw, a New York-based photographer, had captured many moments backstage at major fashion houses (Dior, Chanel). Entry was available at a reduced rate to those who had visited the Dior exhibit.

These photos were taken once I returned to the United States from Paris. I was in Rhode Island trying to fine-tune my strategy to get back to France with a student visa. Little did I know the circles of Hell I would face (and continue to face) while dealing with all of the bureaucracy and working two jobs in two different states…

Before I left Paris in early September, the leaves already started to turn. A long stroll through Tuileries and rue Rivoli was much needed to clear my head.

This is another surprise for the Top 9 Instagram photos. I do share a lot of pictures of Newport, Rhode Island and this is the one that grabbed people’s attention. I almost archived it from my feed because I didn’t think it was as picturesque as my other photos.

And last, but certainly not least, the hottest fashion exhibit in Paris in 2017—Christian Dior at Musée des arts décoratifs. I went with a friend and waiting in line for an hour—I heard that towards the exhibition’s ending, the line was 7 hours long. It’s going to be interesting to see how the next major fashion exhibit could top Dior…