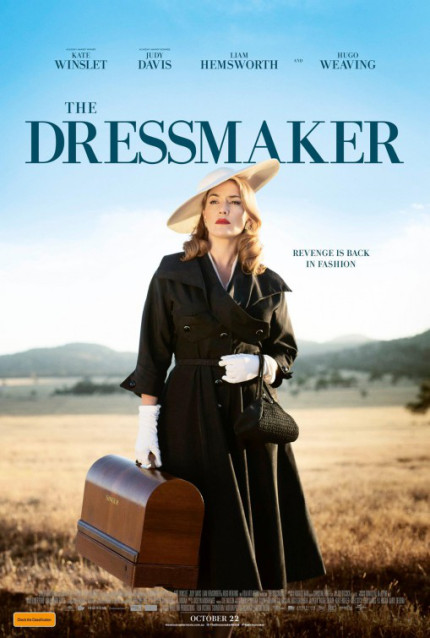 Dressing up revenge in designer silk and chiffon After 20 years away from home, Tilly Dunnage returns to her country town in Dungatar, Australia to clear her name of a crime that she may have committed as a young schoolgirl. Trained as a haute couture seamstress in the European fashion capitals under Madame Vionnet and […]

Christmas is a great time for family, friends and festive holiday ad campaigns It’s time to celebrate the holiday season with fashion-forward film shorts! I am in love with H&M’s collaboration with Wes Anderson, but there are also a few other campaigns that are worth watching for a spoonful of Christmas cheer. Il Neige Rive […]

Add Carine Roitfeld to your list of must-know fashion influencers. I’m embarrassed that I haven’t looked into Roitfeld and her influence in the industry sooner—Mademoiselle C only touches the surface of her impact. After 10 years at French Vogue, Carine is now running her own magazine, CR Fashion Book. The first Men’s CR Book will […]

The Great GatsbyDirected by Baz LuhrmanPrincipals: Leonardo DiCaprio, Tobey Maguire, Carey Mulligan and Isla Fisher http://www.adweek.com/adfreak/movie-poster-great-gatsby-138973 I saw The Great Gatsby last week. Overall, the movie did do a good job staying with F. Scott Fitzgerald’s original dialogue in the book, but I have mixed feelings about it.  Maybe it’s because I remembered how much […]

On a lazy Sunday, what else is there to do than snack on cookies, drink tea, and watch HuluPlus? I found a treasure, Masters of Style, a late 90s/early 2000s documentary series about the greatest fashion designers of our time–Alexander McQueen, John Galliano, Jean Paul Gaultier, Michael Kors, Valentino, and Domenico Dolce and Stefano Gabbana […]

Et Dieu… crea la femme (1956) (And God Created Woman)Directed by Roger Vadim Source: 24.media.tumblr.com via Gabriel on Pinterest Belle de Jour (1967) Directed by Luis Bunuel Source: criterion.com via jan on Pinterest Since discovering the Criterion Collection on HuluPlus, I have been so excited to watch international movie classics, namely European ones. Et Dieu…crea la femme and […]