Les Halles, located in the 1è arrondissement, is home to two Renaissance style monuments: La Fontaine des Innocents and Saint-Eustache. According to our professor, Les Halles is the largest pedestrian area in Europe–it also one of the largest métro stops and one of the shopping centers in Paris. 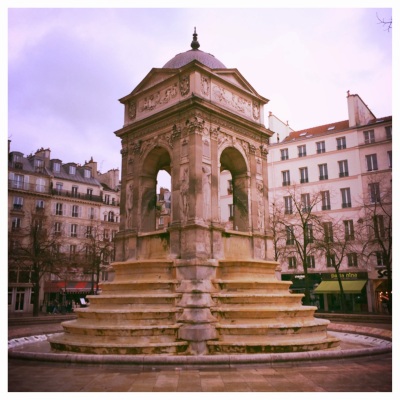 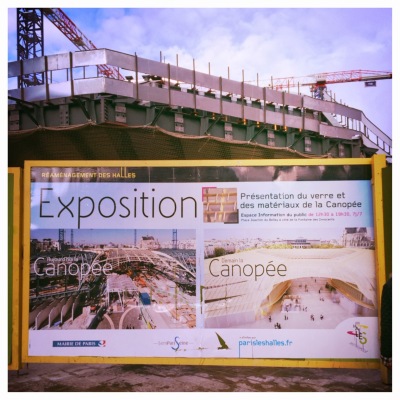 Les Halles is currently being renovated, and it’s not the first time it’s been redone. The city is updating Les Halles with a contemporary style canopy over the center of the walkway. 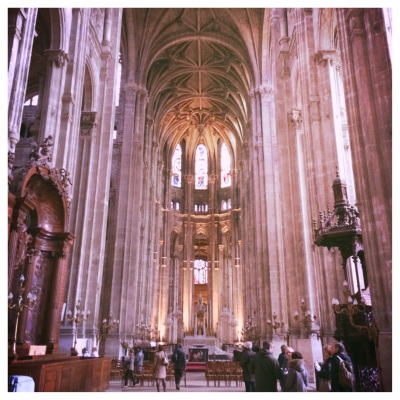 I went straight from Saint-Eustache to Opéra Garnier to meet my French professor and a group of students from my home university. I joined their group tour of the Opéra, which was more than breathtaking.

I accidentally took some pictures inside the theater, but out of respect for the Opéra–and a mild fear of getting fined or sued–they will not be posted. However, there are plenty of other architectural and artistic details to admire… 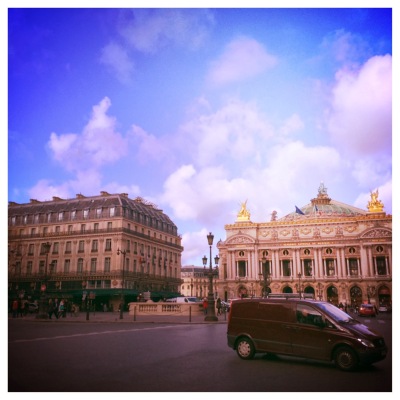 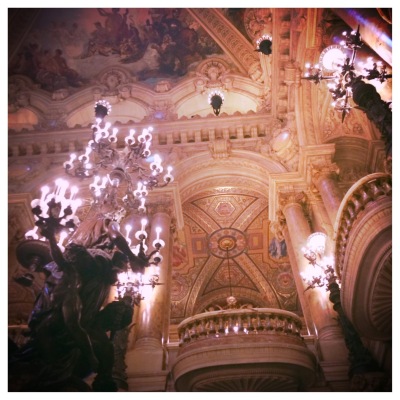 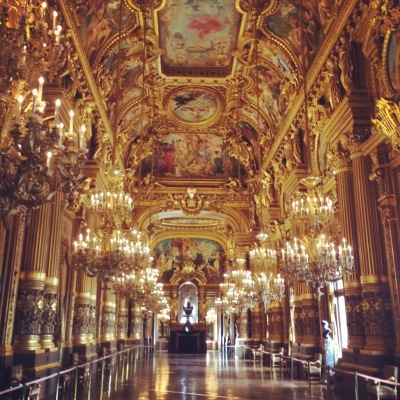 The Phantom of the Opera’s box
After the tour, we all got lunch at L’Haussmannien, which is only a few streets away from Les Galleries
Lafayette and a few steps away from Le Marquis, a bar my study abroad group and I went to last week. ﻿

The scallops and risotto were much needed after a long day. So was the kir cassis and the nutella crêpe I ordered for dessert.
Out of the Salve group, two girls went to shop at H&M, while Tina, Ellen and I went to Monmartre and Sacré Cœur. Tina and Ellen were staying in the 9è arrondissement, so it wasn’t too far of a walk. The only challenge, though, was the stairs–I tried running up them as fast as possible to get it over with…
You can imagine what I felt like after the fourth set of stairs, let alone how I felt by the time I reached the top…
When the three of us entered Sacré Cœur, there were nuns conducting a prayer service. Photography﻿ is forbidden inside Sacré Cœur, but it’s another treasure of Paris I will not forget.

Fashion and feminism is a thing 📙#womenshistorymonth
One of my goals this year is to develop my professional voice in fashion retail—more specifically, a stakeholder-driven vision for the retail industry that involves an diverse, inclusive, equitable future for customers and employees. I plan to post most of this content on @stylistmeetsstrategy
Monday meets snow day vibes ❄️ Expecting somewhere between 8-16 inches of snow today...
Still waiting for the tripod and ring light to arrive, so here’s a pic from 2020 during furlough when I was hitting the beach and finishing up my dissertation ✨
This bridge reminds me of a cross between the Bridge of Sighs at Oxford and the Bow Bridge in New York City. I miss traveling...
I’ll spare you and save the soliloquoy for an actual blog post. Happy New Year ✨