Christ Church College was the subject this afternoon in class. I had to write a brief paper on the college and present it in class, so here it is:

Christ Church College is the oldest 12thcentury collegiate cathedral and survived religious reform, The Plague, and the Civil War. The property on which Christ Church College resides has changed hands several times during the Medieval period. St. Frideswide’s monastery, the original structure, was built in honor of Margaret Frideswide, a young woman who refused the prince of Leicester’s insistent hand in marriage. Instead, Frideswide resided in Binsey and performed miracles healing the sick—Frideswide also directed the young prince to seek a higher calling and serve God.
In 1529, Cardinal Thomas Wolsey founded Christ Church College after taking over St. Frideswide’s monastery.  Wolsey was responsible for envisioning Tom Quad, the main quadrangle on the campus. He saw through most of the Tom Quad’s completion before losing his power and Henry VIII became Christ Church’s successor in 1546. Henry VIII renamed the college after himself and deemed the Christ Church chapel as the diocese of Oxford, the Oxford Cathedral.
King Charles and Parliament found refuge and residency at Christ Church during The Plague (1625), as well as the (British) Civil War (1629). At this time, Charles lived in the Deanery while the soldiers occupied Tom Quad—the college was ultimately at the mercy of the royal court. It was not the first time Christ Church had visits from the royal court—Queen Elizabeth I stayed at the college twice, on one occasion taking up residency the East Side of Tom Quad with her royal court and the tenants gave up their rooms to accommodate Her Majesty.
Christ Church College is responsible for shaping the minds of many successful poets, writers, philosophers and politicians. Sir Christopher Wren—a former student of Oxford, renowned scientist, mathematician, and architect—redesigned the bell tower in 1682 and remains a main landmark in the Oxford city center today. Other former students of Christ Church College include the father of liberalism, John Locke; religious leader of the Quaker faith, William Penn; poet W.H. Auden, and the mathematician and writer, Lewis Carroll.
Lewis Carroll—his real name, Charles Lutwidge Dodgson studied (1851) and taught (1855) mathematics at Christ Church College. He befriended Alice Liddell, daughter of the Dean of Christ Church, and her sisters. His prized works, Alice’s Adventures in Wonderland and Through the Looking-Glass, are inspired by familiar people, places, and events—especially Christ Church College. For example, a green door in the Cathedral Gardens of Christ Church is said to have inspired the door to the garden in Alice. Christ Church College maintains the small village of Binsey, Oxford, near Port Meadow, where Lewis Carroll and the Liddell sisters would go to tell stories along the Isis River.
More recently, some sequences of the earlier Harry Potter film adaptations were shot at Christ Church. Hollywood replicated the college’s great hall to create Hogwarts Hall, the dining hall for the magical school of witchcraft and wizardry.

After the tour of the college, the group ate at the Eagle and Child, where J.R.R. Tolkien and C.S. Lewis would frequent and have a few drinks. 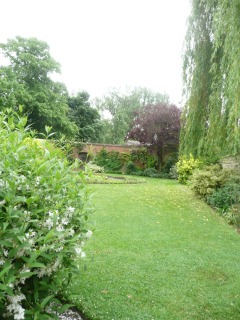 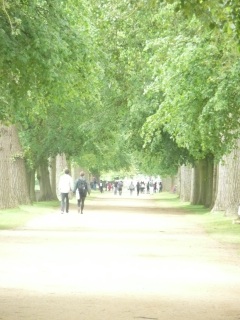 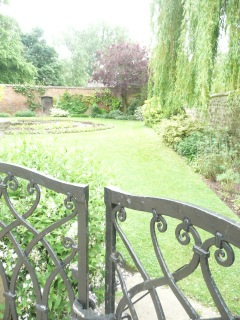 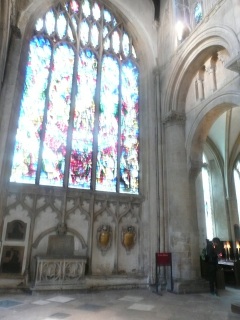 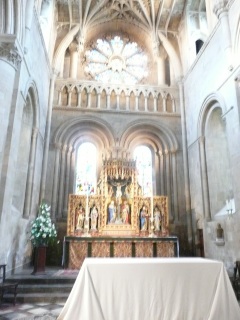 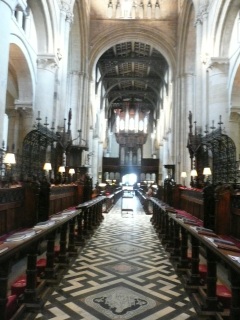 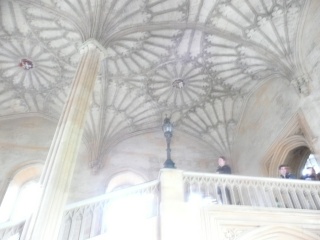 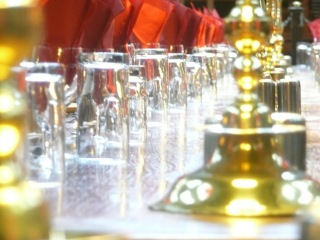 To learn more about Lewis Carroll, Alice Liddell, and Harry Potter at Christ Church College, please click the links below from the college’s website:

“How lucky I am to have something that makes saying goodbye so hard”
We will always have Newport 🥂✨ #SoSalve
Thank you to everyone who has sent messages and prayers for my dad and our family. He is deeply loved and missed 🤍
Love you, Dad 🤍
There are worse things than setting your perspective according to glass of rosé 🌸 Showed off a few treasures from a local library book sale today #supportlocal #summerreading
Got dressed on the day off 💙