“I have a surprise visit planned for us today,” he said.

My boyfriend grew up spending summers in Provence during summer vacation. It had been a while since he’d visited the region, but he remembered most of the things to see and do in neighboring villages.

We left Esparron-de-Verdon to reach our “surprise” destination late morning. As we drove, the village slowly rose out of the hills—we arrived at Moustiers-Sainte-Marie. 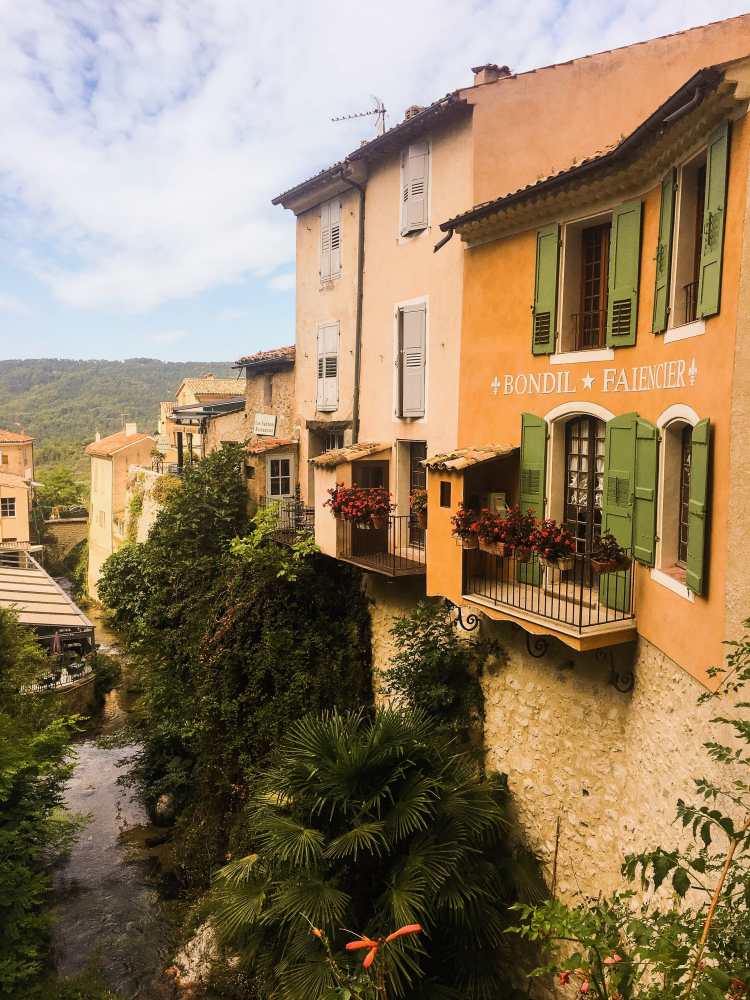 The Legend of the Star

The picturesque mountain village of Moustiers-Sainte-Marie is known for its traditional faïence (ceramics) and the Legend of the Star.

When you visit Moustiers, you’ll see that a star hangs high above the village. Poet Frédéric Mistral writes that the star is an ex-voto (religious offering) to Saint Mary that was placed there by a surviving Crusader to honor the Virgin Mary.

The star that hangs above Moustiers today is now the eleventh to grace the mountain.

Fun fact: Although Mistral’s writings are generally accepted as the story behind the Legend of the Story, no one knows for certain. There are other possible stories surrounding the origin of the star…

In my opinion, I believe that the star doesn’t refer to physical star hanging above Moustiers. Since chapels are typically constructed in sacred places—sites of miracles, for example—I would like to theorize that “the star” resides by the site of the chapel. Kind of like a Da Vinci Code scenario.

It doesn’t hurt to wonder, right? 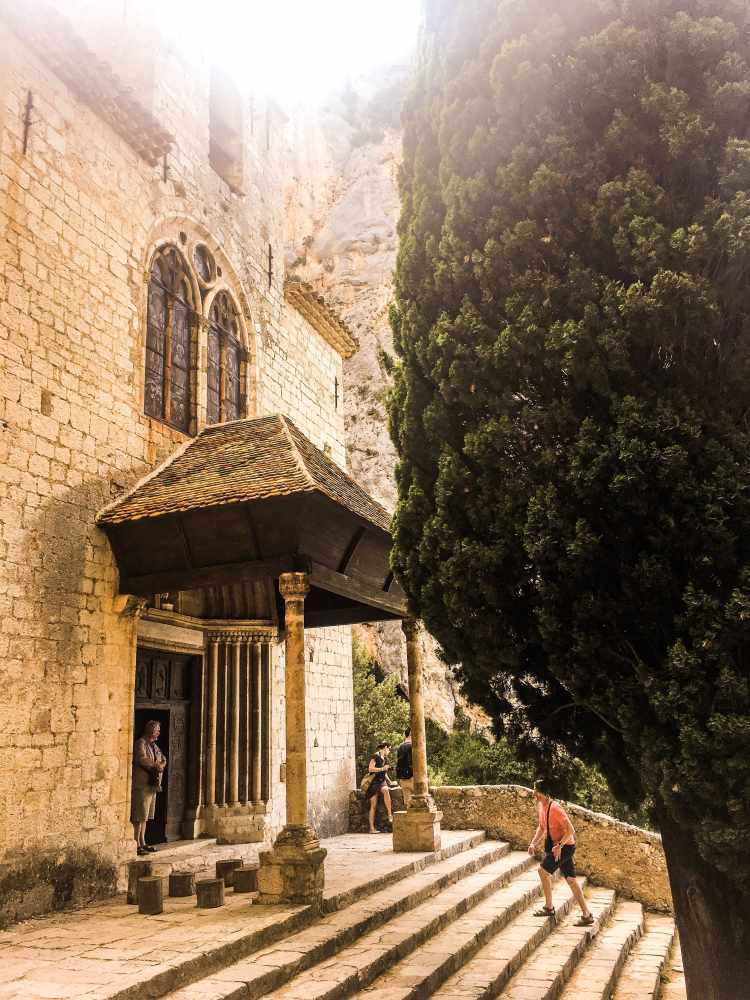 Notre Dame de Beauvoir, the chapel, was already built before the end of the 5th century. To give a more historical context, the Western Roman Empire fell at this time (476 A.D.).

Pilgrimages to Notre Dame de Beauvoir continue today for La Fête de la Diane. From August 31 through September 8, there are sunrise processions through the village, up the mountain, and to the chapel for early mass services. It’s a beautiful local tradition that brings the tight-knit community of approximately 700 residents together.

The feeling of something ancient and sacred is tangible as you walk through Moustiers—the village’s active measures for historical preservation greatly contribute to maintaining its posterity.

La Faïence, the Most Beautiful Ceramics in France

If you’re wondering how this tiny village in the South of France supports itself, it’s through its artisanal industry dedicated to its signature ceramics. Authentic faïence de Moustiers can only be found in this village—it is a protected regional good that’s highly renowned throughout France.

There are different styles of faïence de Moustiers—there’s the traditional look that keeps with the earthy, golden color palette and then there’s the more contemporary, playful style.

What to See and Do in Moustiers-Sainte-Marie

It’s well worth spending the day in one of Provence’s most beautiful villages.

Wake up early to visit the market. The variety of vendors at the market in Moustiers is impressive. Coupled with the backdrop of exploring the ancient cobbled streets, you can’t ignore the magic of the experience.

Visit Le Musée de la Faïence (the Pottery Museum). Get a close-up look at the older pieces of Moustiers pottery and learn more about the origins of the village’s signature craft.

… Then walk up to the chapel, Notre Dame de Beauvoir. I was initially nervous walking up the stone steps—I have an unfortunate personal history of falling down staircases while on vacation in France—but it’s not nearly as bad as I thought it would be. It’s absolutely worth seeing the view from the top! Make sure to wear appropriate shoes with lugged soles to reduce your likelihood of tripping or sliding.

Relax, order a spritz, and take in the mountain views and sounds of the water from the small rambling river and the Roman fountain in the heart of the village.

Check out the souvenir and pottery shops. Moustiers is a great place to find more personalized, less generic souvenirs for your friends and family.

Eat lunch at Restaurant Le Da Vinci. The next time my boyfriend and I are back in Provence, we’re coming back to Moustiers for lunch at this restaurant. We loved the wine that they served so much that we ended up finding the vineyard later on during our Provence trip and brought a case back to our apartment in Neuilly-sur-Seine… 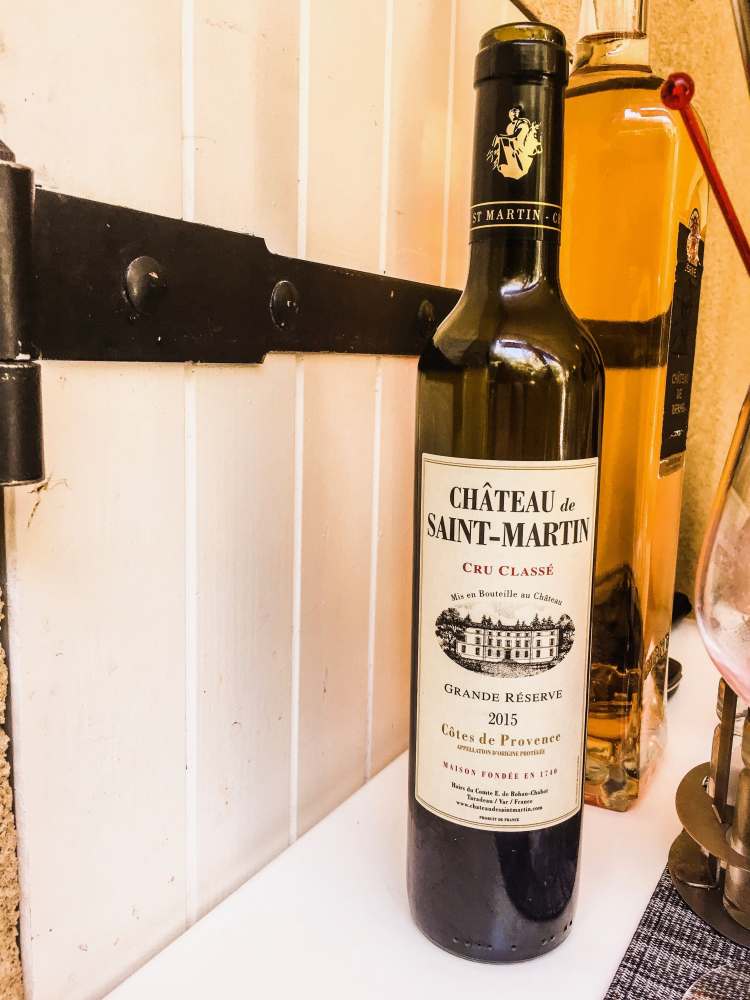 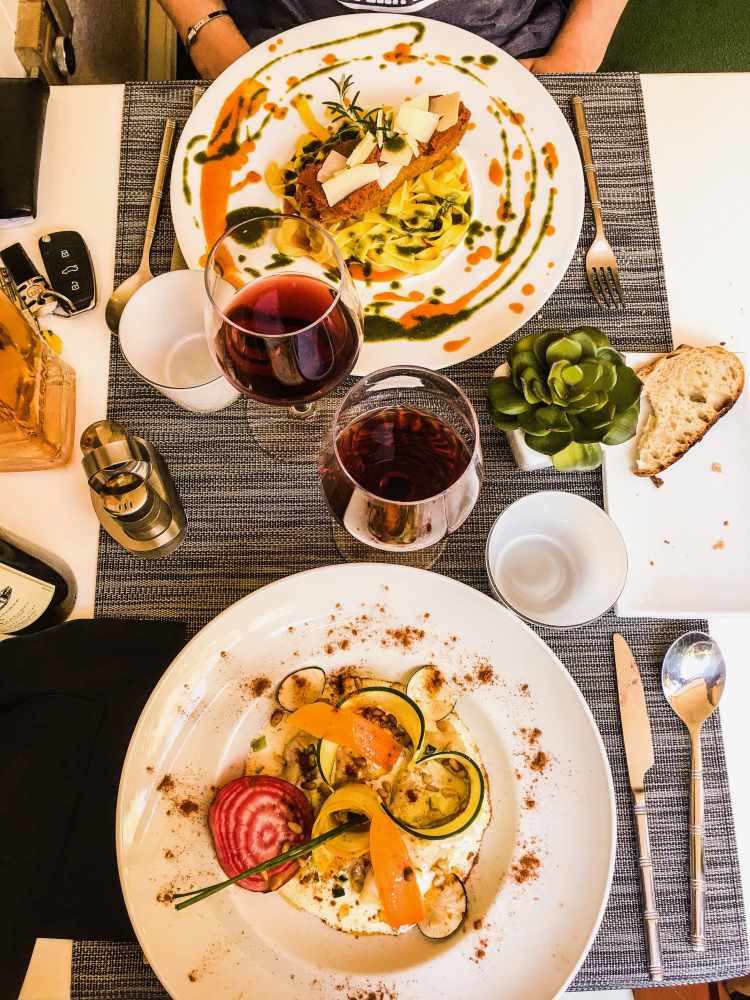 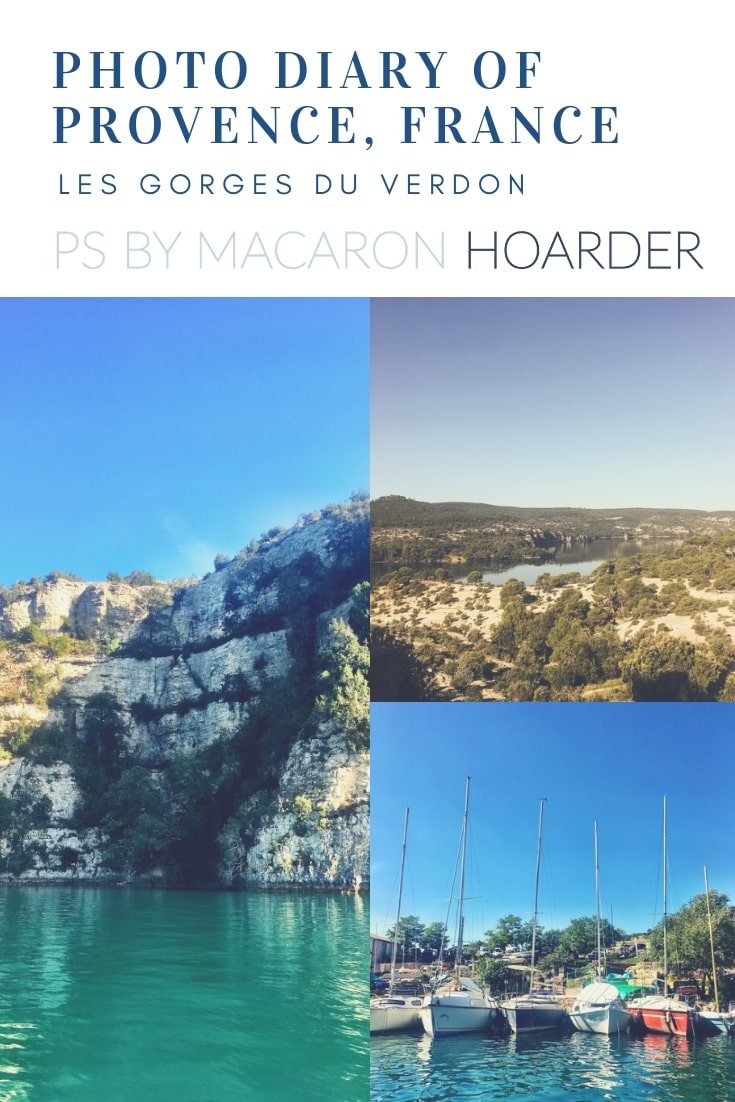