In an effort to procrastinate from packing, I would much rather reflect on my favorite places and such in Oxford. It is going to be a bit of a random list, but I hope you will enjoy reading it as much as I enjoyed doing these things: 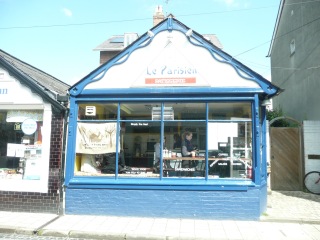 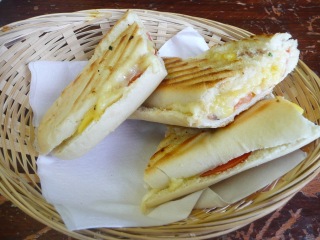 Coolest Pub: The Turf
It used to be a bear pit and is tucked away in alley, but only a few steps from Oxford’s main sites, like the Bridge of Sighs, the Bodleian Library, and the Sheldonian Theatre. 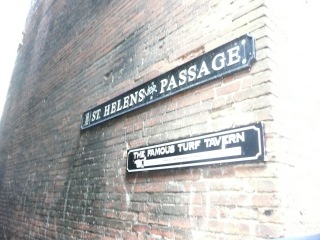 Best Pimms: Eagle and Child
When you think of eating dinner out in England, ordering fish and chips with either ale or Pimms is your best bet. Pimms is a signature English cocktail and each pub or restaurant makes it differently. Eagle and Child used all fresh ingredients and made a beautiful presentation using a mint sprigs and the fruit.


Best Fish and Chips: The Anchor; Honorable Mention: White Horse Tavern for presentation
A lot of pubs in Oxford claimed to have the “best fish and chips”–I had quite a few fish and chips at different pubs, and The Anchor definitely won.

Best Afternoon Tea: The Old Parsonage, Oxford; Laduree, London
I loved the Grand Cafe, but The Old Parsonage had the best scones combined with a great atmosphere. Since Laduree is technically a French tea house, I cannot count it as my favorite place for England, but definitely one of my favorite experiences period.

Best Chips and Cheese: The Boss Kebab Stand in Summertown
Also should be categorized under “Best Bargain for 2 pounds.”

Favorite Weekend Trip: Brighton; Honorable Mention: London
Visiting Bath, London, York were also beautiful in their own way, but Brighton was by far my favorite. It is probably a win by default because it is by the ocean and has an awesome pier. Seeing Fashion Week certainly does not hurt its ranking either. Going to the Christian Louboutin exhibit and having tea at Laduree in Harrods makes a close second.

Favorite Affordable Shopping: Primark
Think Forever 21 but cooler. The fashion at Primark is trendy, but it is still wearable for seasons to come. Also a great place to get souvenirs which are less expensive than the tourist shops in city centre.

Favorite Historical Monument: Roman Baths
The best thing about the Roman Bath is that they remain active because of the hot spring they are built on. It was great to see wonderfully preserved Roman architecture in England.

Favorite Museum Exhibit: Christian Louboutin 20th Anniversary at the London Design Museum
I suppose if I was a truly cultured individual, I would put the Renaissance Art Display at the Ashmolean Museum or the Dodo Exhibit at the Oxford Museum of Natural History, but seeing all of those red-sole shoes was a feast for the fashion hungry eyes.

Best Purchase: Wall Art
I have to say, the souvenir for my oldest brother is amazing–and not just because I picked it up on sale. He is tough to buy for, but I figured this was something he would love. Brilliant.


Best Classroom Memory: Convincing my Shakespeare professor that a homo-erotic relationship exists between Brutus and Cassius in Julius Caesar and the lecture on the significance nonsense during Literature of Oxford at The Perch

Today was my last day working at J. Crew in New Haven. It’s been an incredible learning experience and I am grateful to the Store 614 family for our time together 🌸
Last week, I spoke to a few undergraduate business classes at my alma mater to discuss my career journey. As I continue to grow professionally, it’s important to look back and reflect at how it all started. I’m thankful to be a part of the Salve Regina University alumni community 💙
Last week, I participated in a panel discussion following a film screening of @truecostmovie at @salveregina hosted by the Women, Gender, and Sexuality Studies minor. It was such a positive experience educating students on the importance of sustainability in fashion—these open conversations allow for more people to get involved and make a difference 💚 #thisissalve
Happy International Women’s Day 💕Send some love to the amazing women in your life today!
Fashion and feminism is a thing 📙#womenshistorymonth
One of my goals this year is to develop my professional voice in fashion retail—more specifically, a stakeholder-driven vision for the retail industry that involves an diverse, inclusive, equitable future for customers and employees. I plan to post most of this content on @stylistmeetsstrategy