This is the article I have been working on about whether or not Fair Trade fashion is a trend among the fashion world. It’s not what I expected to find, but hope exists that fairer fashion is possible.

Rachel Lessne, owner of Green Envy Eco-Boutique, always gravitated towards buying natural products, but it was not until her college professor at the University of Rhode Island mentioned organic cotton in her textiles science course. Lessne said that learning about organic cotton “just sparked something.” She started doing further research which also “lead to recycling, Fair Trade, natural skincare, and everything natural.”

Lessne became increasingly curious about sustainable fashion and, as a result, she opened Green Envy Eco-Boutique in 2007, a store which sells local, organic, and Fair Trade beauty and apparel.

Buying Fair Trade products contributes to the ethical treatment of farmers and laborers, who are subjected to poor working conditions and meager wages, by providing workers with better opportunities for their communities and their families.

Fortunately, buying Fair Trade products has been a growing consumer trend. The Fairtrade Labelling Organizations (FLO) claims Fair Trade markets experienced a larger rate of growth since 2009, reached a $1.2 billion in product sales, and 1.2 million farmers worldwide have been affected by Fair Trade.

Sustainable fashion, which is defined by integrating environmentally conscious practices in the industry’s supply chain, has become popularized in “fast fashion” retail chains, like H&M or Zara. The use of energy efficient technologies and organic fibers are only some of the components of sustainable fashion. 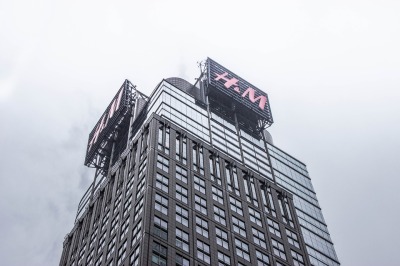 Fair labor practices were introduced to the fashion industry in the early 1990s when major corporate brands, Nike and Gap, were accused of abusing workers and, since then, corporate fashion giants have made an effort to adopt guidelines and codes of conduct to improve working conditions. However, Fair Trade clothing still struggles to make an appearance eco-chic catwalk compared to organic cotton or recycled textiles.

“In other words,” Executive Director Renee Bowers of the Fair Trade Federation explained in an email, “[Fair Trade certified companies] do not just sell one or two fair trade products, they practice fair trade in everything they do.” In regards to the general Fair Trade market, Bowers believes “consumers are increasingly aware of the impact that their purchases have.” “We live in a global community,” explains Bowers. “It is exciting to see shoppers who feel a sense of responsibility for the world around them.”

However, as the Fair Trade movement crosses over to many industries—coffee and tea production, furniture, skincare—it struggles to break into the fashion world. “Slow + Fashion…An Oxymoron—or a Promise for the Future…?”, written by Hazel Clark of Parsons the New School for Design, argues that clothes have much shorter lifespan than ever before. Clark attributes low production costs—inexpensive fabrics, low pay, and worker exploitation—as by-products of trend-driven “fast fashion.”

Fair Trade first began in the coffee industry during the 1980s. According to Fair Trade from the Ground Up by April Linton, nearly half of the world’s coffee beans are grown by small, independent farmers, a fact which highlights coffee as an important international good for developing countries, including Nicaragua and Ethiopia.

In 1986, three friends founded Equal Exchange, a key organization in the United States that opened a door for ethically produced foods in the market. Equal Exchange’s first product, Café Nica, benefitted Nicaraguan cooperatives, or “co-cops,” organized communities that work together in a particular trade.

Todd Larsen, Corporate Social Responsibility Director at Green America and associate of the National Association of Sustainable Fashion Designers, helps organize green festivals, eco-fashion shows, and nationwide tours to educate the public about green living, including the effects of buying Fair Trade. Larsen says “as Fair Trade becomes a growing sector in the marketplace, more and more people will understand that where you spend your money matters and has a real impact on people.”

A 2008 study conducted by two economists, Arnab Basu and Robert Hicks, analyzed whether or not college students would be willing to pay more for Fair Trade labeled products after they were educated about the beliefs and principles of Fair Trade.

The research concluded that the college student test subjects were willing to pay the higher priced Fair Trade product with the Fair Trade label certified by the U.S. Department of Agriculture. 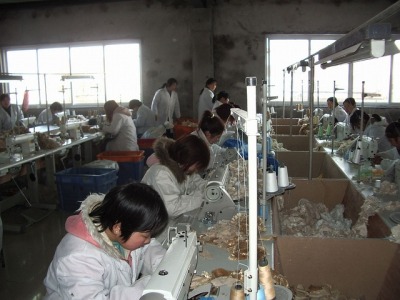 Paying laborers a living wage, a sustainable income that can adequately provide food, education, and opportunity for workers’ families, is a central component to Fair Trade. It is important to understand that a living wage does not aim to elevate workers to wealth, but to help them with obtaining necessities and empowering workers with the integrity.

“Can you feel good about buying a product where you know that the person who made the product received only fifty cents of the one hundred dollars you paid to the retailer?” asks Larsen. “Or, would you like to live in a world where you bought a product and you know that the person who bought the product from and put together that product for you received a living wage?”

Still, Larsen admits integrating Fair Trade practices has obstacles in the fashion industry. The appearance and the price of Fair Trade garments are consumer factors that need to be reconsidered.

“The typical way people buy clothing is that they go to a store and pick an item that they like, that’s attractive to them, that they’d like to wear, and then they look for price,” says Larsen. Until recently, Fair Trade clothes have been designed to represent the foreign country from which it came. Some consumers accept it, but most Westerners prefer to dress in Western style clothing.

In comparison to Fair Trade foods, one of the challenges Larsen sees Fair Trade fashion face is that “it’s harder to break the conventional marketplace with them” because of the more complex distribution network of garment production in comparison to growing cocoa or coffee beans.

In the agricultural sector, it is a matter of focusing on the laborers and products in one central farming area. Producing garments is a much more complicated process, because it involves cotton farms and factories spread out in different parts of the world. As a result, monitoring the each step of the clothing supply chain requires more regulation.

Recently, Lorraine was alarmed when one of her clients produced a percentage of products in China. In the sustainable fashion industry, especially in regards to Fair Trade, Lorraine says that the mention of China is like using a “dirty word,” because it has a reputation for maltreatment of workers.

However, Lorraine noted that there was one UK clothing brand, Dialogue, who defied the stereotype of China’s factory reputation. Dialogue worked with different cooperatives in China and Vietnam where there were centers for drug abuse or battered women. The brand would teach these organizations how to do an origami trim on their purses and in effect, employ them and help the people learn a new set of skills.

Problems with conventional factory production are not restricted to Southeast Asia—it is also a problem in the United States. Lorraine had once worked in a particular area of the Garment District in New York City, between 34th street and 9th street, where she witnessed sights very atypical of the expectation of city life in America: her office at the time shared a floor with a clothing factory.

“The door opened once every few hours and you would see people head down, sewing,” says Lorraine. When workers wanted to use the bathroom, the door would be unbarred to let them leave and re-enter. “It was a really creepy thing to see,” Lorraine said. Initiatives in the Garment District in New York, as well as in Los Angeles, C.A., need to monitor and protect domestic factory workers in the United States.

Lorraine believes there is a growing awareness of fair labor practices, but does not think it is either a trend or it is not something consumers look for when buying clothing. Her firm does “focus on sustainable designers, but it’s based on design first—it has to be a good product” to attract press attention from magazine publications and to look good on the consumer so he/she will buy the product.

Another problem Lorraine sees is Fair Trade’s loaded marketing angle. “I don’t feel like it’s trendy and sexy the way ‘eco’ is trendy and sexy” because of Fair Trade’s politically charged background. Lorraine recalls when Fair Trade first became popular, but described it as “complicated” and “preachy” and that “it really turned people off. As a result, Fair Trade can be harder to appeal to consumers.

“Is Green the New Black?: Exploring Ethical Fashion Consumption,” an article published in 2011 by Chris Gibson and Elyse Stanes, theorizes that the fashion consumers who shop more often out of impulse or addiction, known as “shopaholics,” are more likely to buy sustainable and Fair Trade clothing because of their heightened awareness of consumption.

Hannah Cazzetta, a college student at Salve Regina University and self-professed “shopaholic” buys clothes from J. Crew, Nordstrom, and Urban Outfitters, but also shops at Lessne’s eco-boutique, Green Envy, and secondhand clothing stores. “I think [Fair Trade] could make a difference, it’s hard to say,” claims Cazzetta. “I like the idea behind it.”

Even though Fair Trade has yet to become more popular with fashion consumers, it also took the Fair Trade movement nearly a decade to catch on. Larsen says consumers “didn’t know where to buy [Fair Trade products], who sold them, or what it meant for workers” when he started working at Green America ten years ago. Now, Larsen observes that the Fair Trade market is currently experiencing exponential growth and rising demand.

Despite her initial misgivings, Lorraine thinks that Fair Trade and equitable treatment in the labor force is becoming more expected in the context of corporate business interiors. “It seemed like it was a trend five years ago, but now it’s starting to become more common practice and that’s the goal, really.”

3 thoughts on “Searching for Sustainable Style: An Examination of the Rising Demand for Fairer Fashion”

Conquered the corn maze ✔️ Picked pumpkins at the pumpkin patch ✔️ Popped a bottle at the vineyard ✔️ Successful day filled with fall festivities ✔️ #sweaterweather #noshacket
Golden hour at Narragansett ✨
Next level fall vibes at the house. Isn’t she lovely? 🍂🥰 #falldecor
Happy Birthday Brian! Cheers to many more delicious meals and adventures on your next trip around the sun 🍹#ThirtyOneHavingFun
Still hanging onto summer ✨
Excited to go back to the city for the day 🏙 It’s only the second time that I’ve gone since March 2020 because there’s still a global pandemic going on but it’s fine #newyorkisnotdead