After spending all of my summers in Narragansett and attending university in Newport for four years, there has been no reason for me to play tourist in Rhode Island. What else could I possibly want to do besides relaxing at Narragansett Town Beach and enjoying a medium-size Del’s Lemonade?
Since I have had more time to try different experiences, some of the tourist-y things are enjoyable for locals, too.
I drive over Narragansett Bay everyday–it would never occur to me to go on a boat cruise. 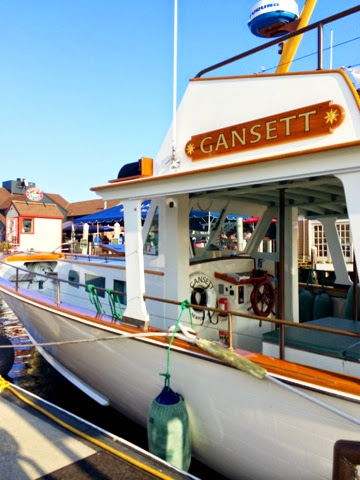 I went on a 4:30 PM cruise with Gansett Cruises a few days ago and loved seeing Newport and Jamestown from a different perspective.
As a bonus, Gansett Cruises also offers a complimentary Rhode Island treat. For the afternoon cruise, you can choose to either order a Del’s Lemonade or a coffee “cabinet.” I would normally choose the Del’s, but I went for the cabinet instead. which was a solid decision. You can also enjoy other beverages from the cash bar, including a Narragansett Beer, the boat’s namesake.
Even though I already knew most of the information the tour guide shared about Newport, I learned some historical tidbits about yachts in the harbour, private summer homes, and inlets in Newport and Jamestown. 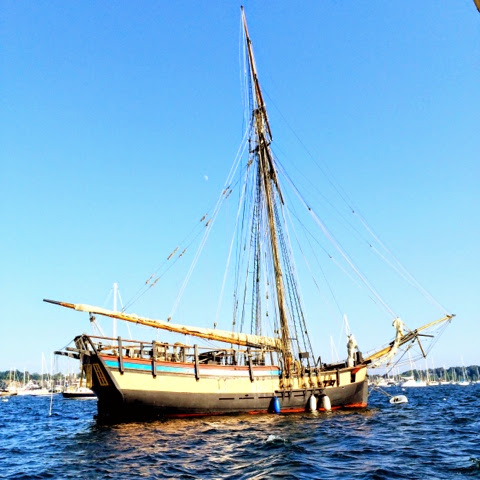 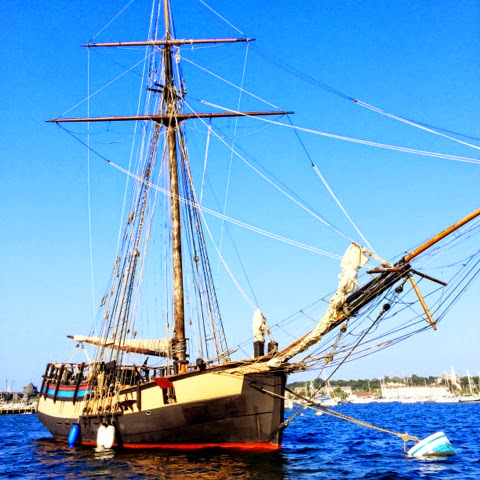 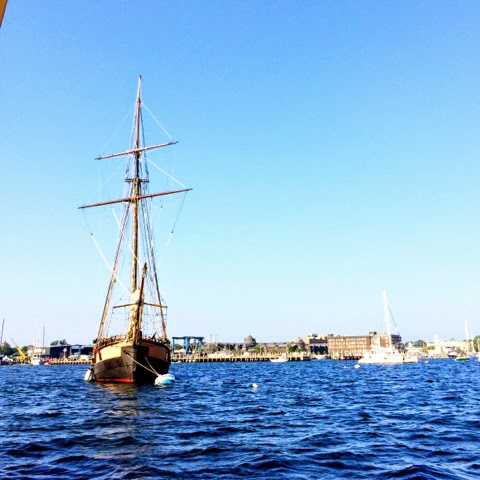 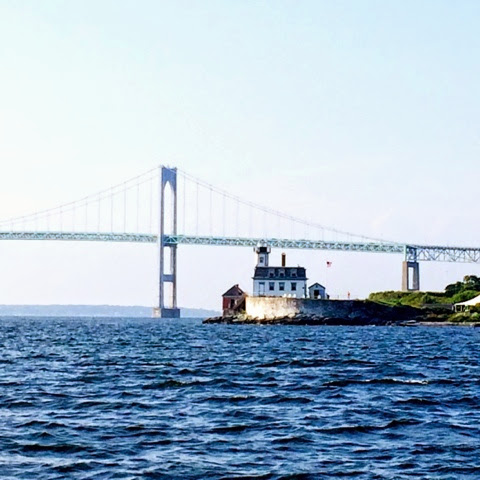 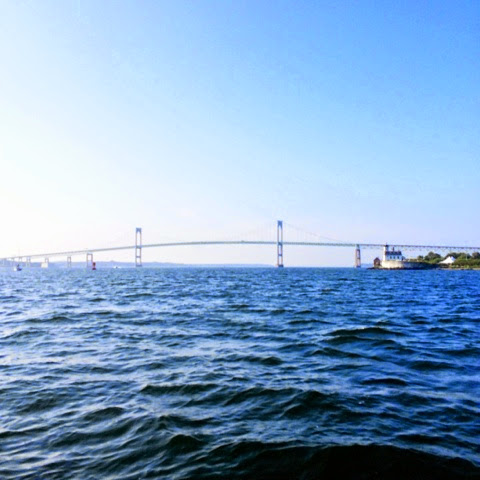 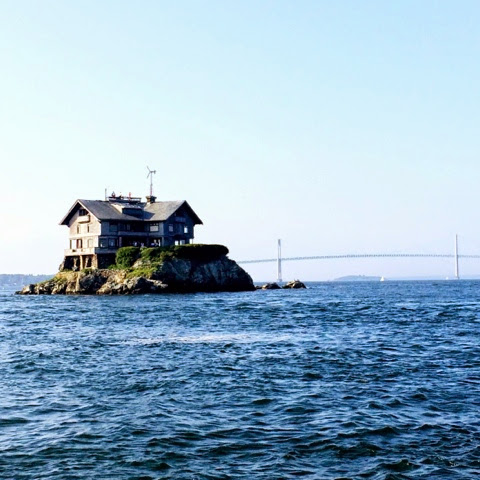 The Wharton’s House in Jamestown 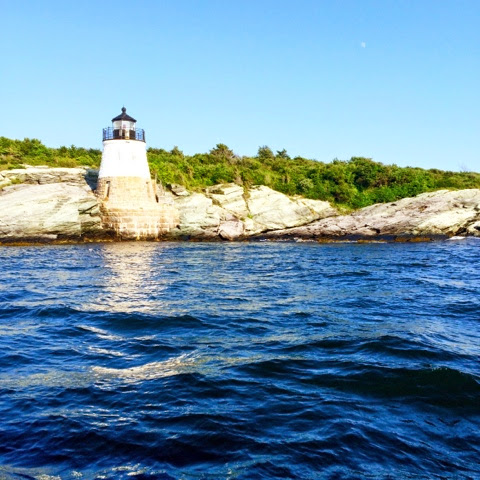 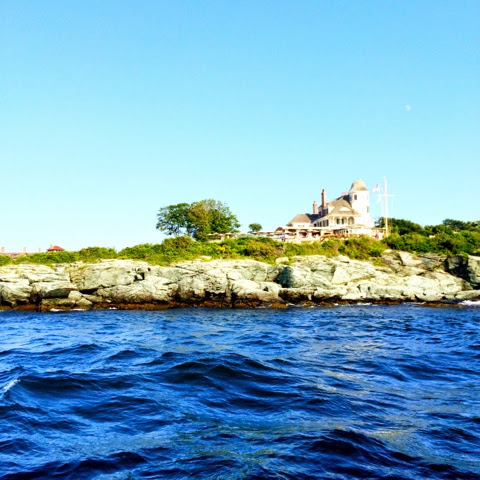 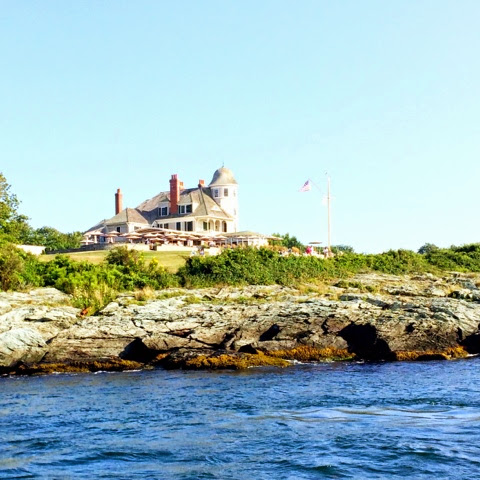 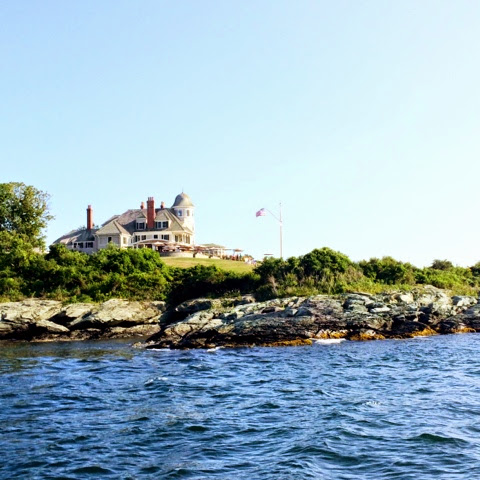 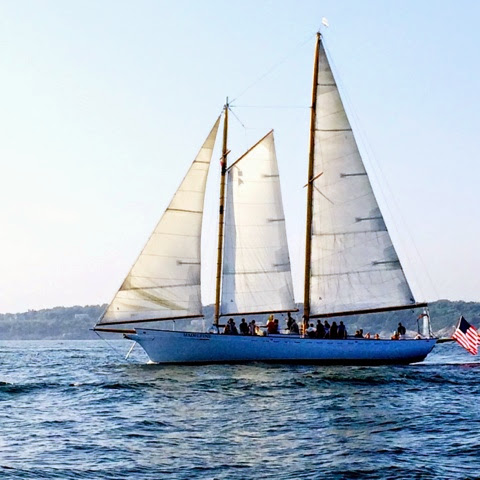 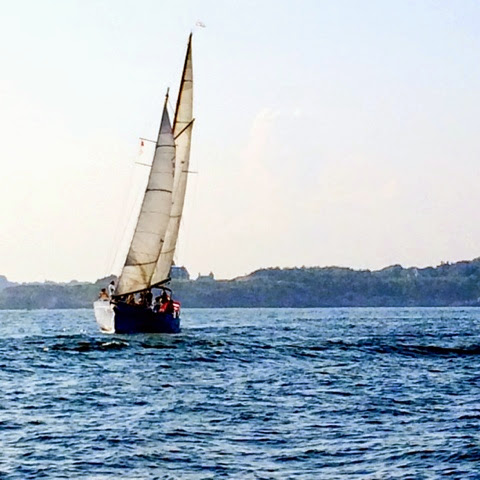 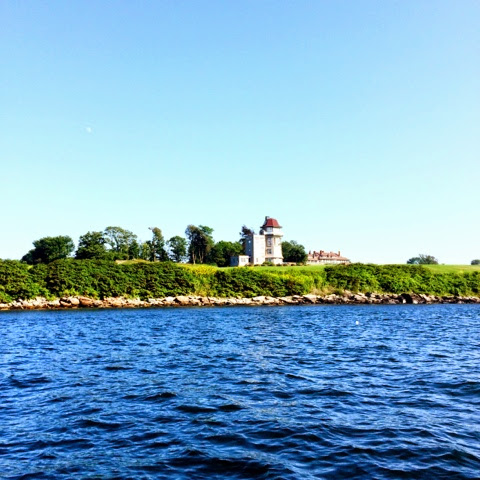 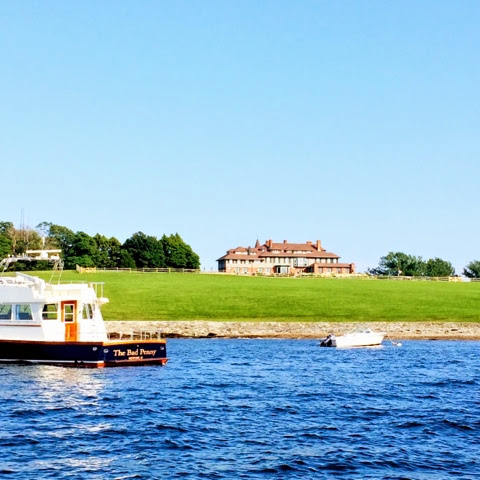 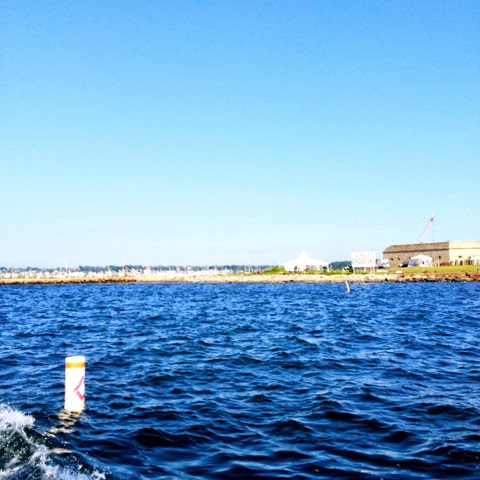 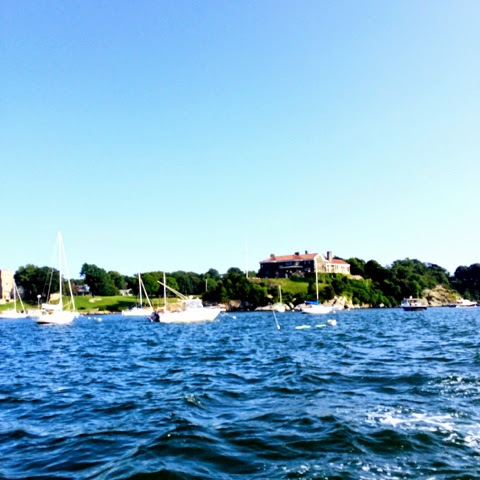 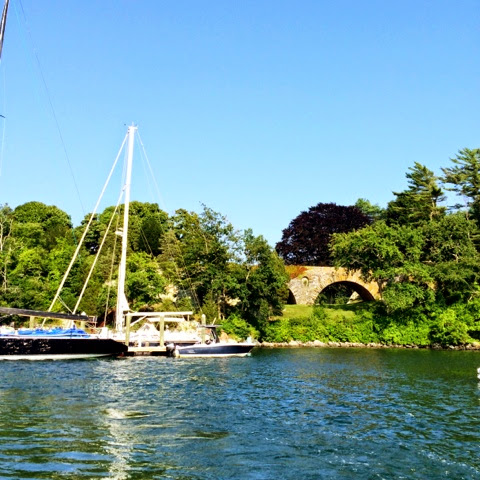 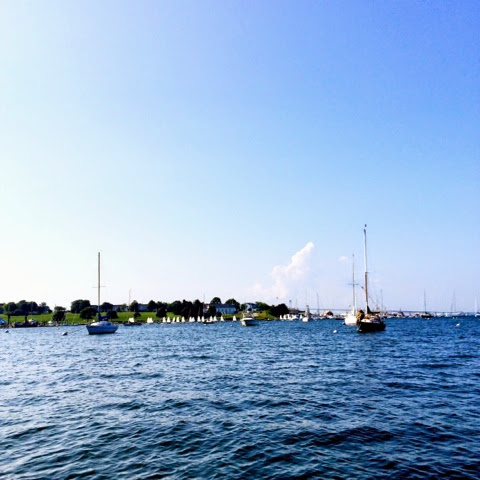 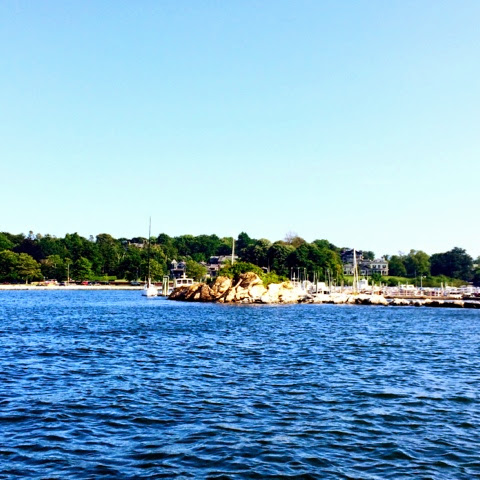 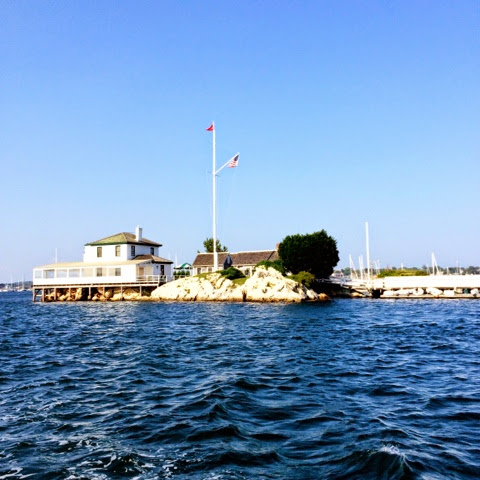 Ida Lee Yacht Club–Ida Lee was the nation’s first female lighthouse keeper. The red flag on the mast has fourteen stars on it, which signifies the fourteen ships she had saved on her watch. 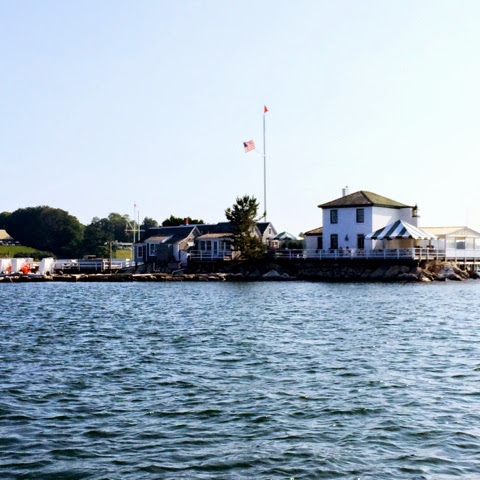 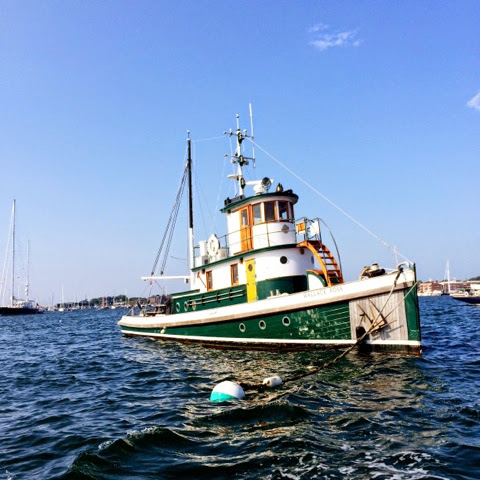 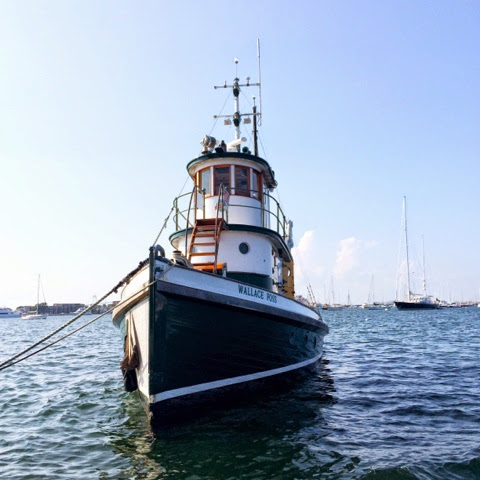 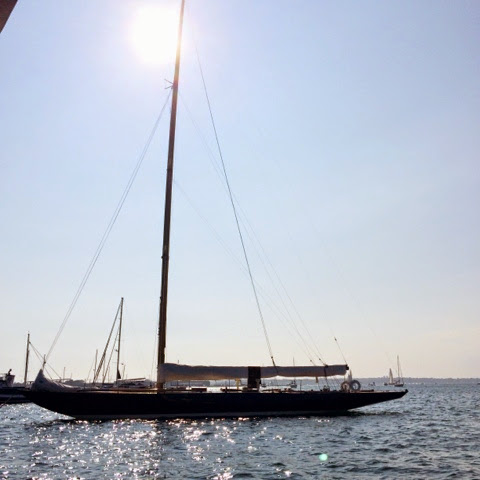 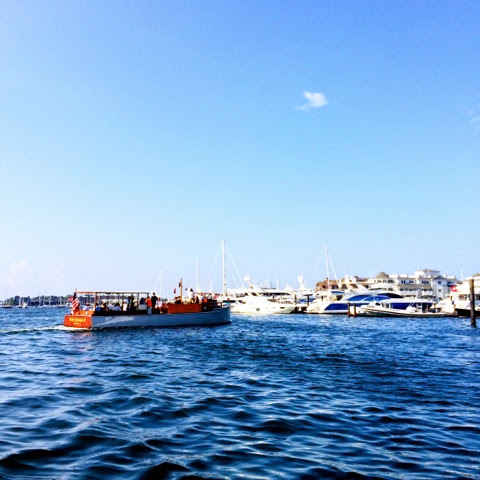 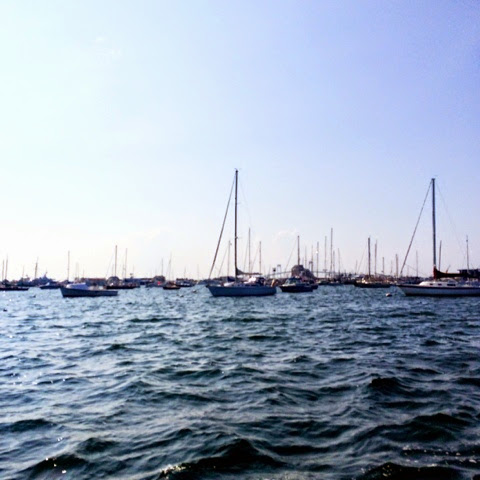 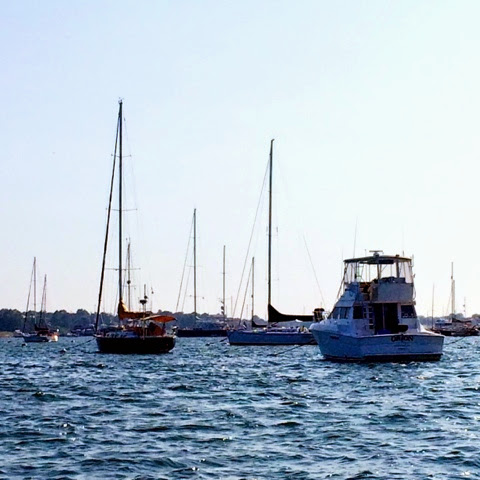 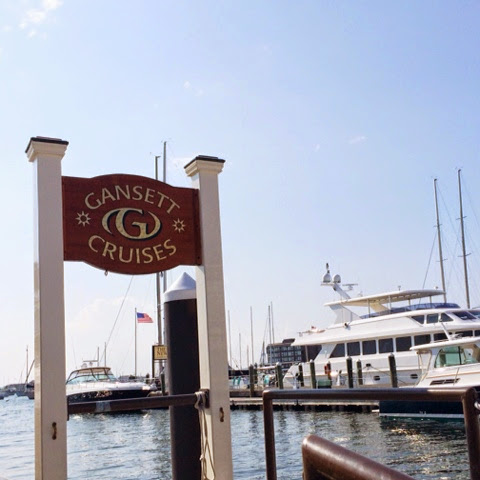