Here it is. The obligatory list of promises I hope to keep up for the New Year. 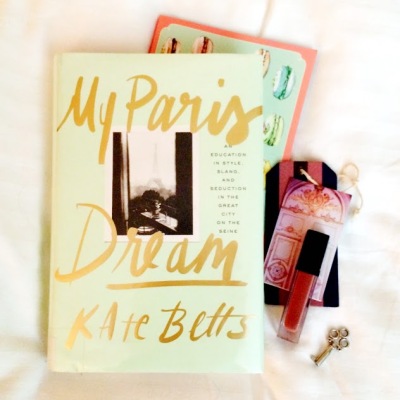 I feel a slight hunch. Literally. Being a social media addict is all fun and games until the curvature of your spine morphs into something not so far removed from Quasimodo.

Figuring out a regular exercise routine

As much as I love hot vinyasa, I know I need to be doing something a bit more active. I don’t do well gyms, but I definitely want to explore kickboxing for more intense days.

Over the past two years, I can only claim to have read books that were either career-oriented or class-related—both of which were fine, but it gets monotonous. I renewed my local library card before the holidays and the bookworm inside of me couldn’t be happier.

Making good use of what I already have

For example, I have several books that I haven’t read yet, but I still seek out bookstores for something new. I have a ton of stationery, but I keep collecting more sets of cards. Before making a purchase, I want to be more mindful of what’s sitting in the desk drawer or tucked away in the closet.

Get rid of clutter

I’m so over holding onto things I don’t need. After moving back and forth so much, I just want to get rid of the excess of objects to focus on an endless number of new experiences.

Dress up for Pocahontas for Halloween

I am willing to hold off redoing the super blonde hair I once had to make this happen.

Learning when to hold onto it or to let it go

Go back to Europe

I was really bummed I couldn’t make it happen last year, but I have a feeling that I’ll make my way back this fall.  It could be Paris, London, Amsterdam, Vienna… Ideally, it would be those cities and a few more.

While I save up for this European adventure, I definitely want to do more things in my own backyard in both Connecticut and Rhode Island. I’m more than familiar with Westport and South Norwalk or Saunderstown and Wickford, but I haven’t bothered to spend more time in other towns like New Canaan or Tiverton.