Being back in the City of Light after three years made me ask myself how I was able to leave.

It was like getting back on a bike after not riding for a while—it takes a second, but soon the motions come naturally. Put up the kickstand, push, adjust yourself as needed, then you’re good to go.

In my case, I got confused transferring from the RER to the metro in Nation, stood among the stream of Parisians looking very confused to eventually figure out that the RER and the metro must have merged tickets at some point during the last three years…Then I felt comfortable navigating the metro and the city without any trouble the rest of the time…

It also helps to stay with a good friend who knows Paris and has the patience to put up with a crazy American girl and her itinerary.

Since I had already done the major sightseeing, it only made sense to start the day shopping. The only downfall of this plan was that I was subjected to carrying all of my purchases through the evening, but I do not remotely regret finding an amazing Isabel Marant jacket at Sissi’s Corner.

I relaxed on a bench at Place des Vosges while figuring out where to go for lunch, then took my time walking through the Jewish quarter and settled at Café Charlot for eggs benedict and a glass of rosé . The rest of the afternoon was spent catching up with friends over a few beers and saucisson in Canal St. Martin.

We ventured to Le Plomb du Cantal, which features traditional Auvergne cuisine. Imagine your average mashed potatoes brought to the next level with melted cheese and garlic—that’s aligot and truffade in a nutshell. Served with your meat of choice, this is a place where you can leave Paris behind for a moment and enjoy the ultimate comfort food from Auvergne. 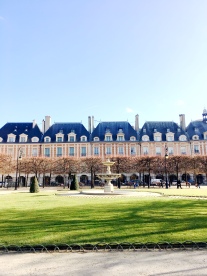 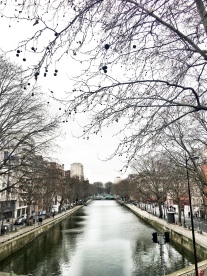 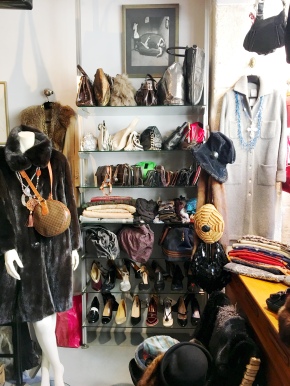 Make your way to Île de la Cité by way of Île Saint-Louis and continue walking towards boulevard Saint Michel and rue Saint André des Arts. Time your walk through the city so you can see how the late afternoon sunshine gives the city a golden afterglow.

I didn’t feel that the streets were too crowded for a Saturday afternoon—keep in mind, this was early February, not mid-July. There is always an expected horde of tourists in front of Notre Dame, but walk a few bridges over and you can get some great shots of the cathedral and the Seine. 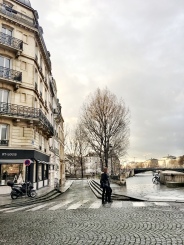 If the English have tea time, the French have goûter. We took a break from walking for crêpes and cider at La Créperie Saint Germain on rue Saint André des Arts before walking some more…

After some exploring by Jardin du Luxembourg and St. Sulpice, we went to an Huitrerie Régis for fresh oysters before dinner.  Whether or not this is a spot favored by Parisian locals is undetermined—when we went, almost everyone was a tourist. In the end, it’s almost irrelevant, because as much as I love my oysters from Matunuck, Rhode Island, these oysters and their preparation were outstanding.

On a side note, it turns out that I’ve either been eating oysters incorrectly for years or the French just do it better… I’m willing to bet on the latter. 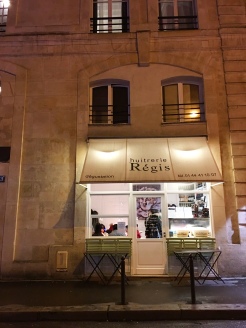 Whether I’m staying for a month or a few days, I feel like there is never enough time to do everything that I want in Paris. Both times I have visited were during the winter, so I’m planning for the third visit to happen in the spring or early summer.

Let’s hope that I will have more time to find more specialty shops, drink more wine and eat more of…well, everything.

Note: Tourists are still weary of visiting Paris given the terrorist attacks. This is far from unreasonable—the Louvre incident happened the same afternoon I was having lunch in Le Marais—but it is important to know that anything can happen, anywhere. As someone who lives a short train ride from New York City, I only grew up knowing the Big Apple in post-9/11.

The best safety tip I can offer an American in Paris? Be alert and aware of your surroundings, avoid drawing attention to yourself by dressing in black or muted colors, don’t be loud in public and follow your gut if you feel something isn’t right. These are basic guidelines.